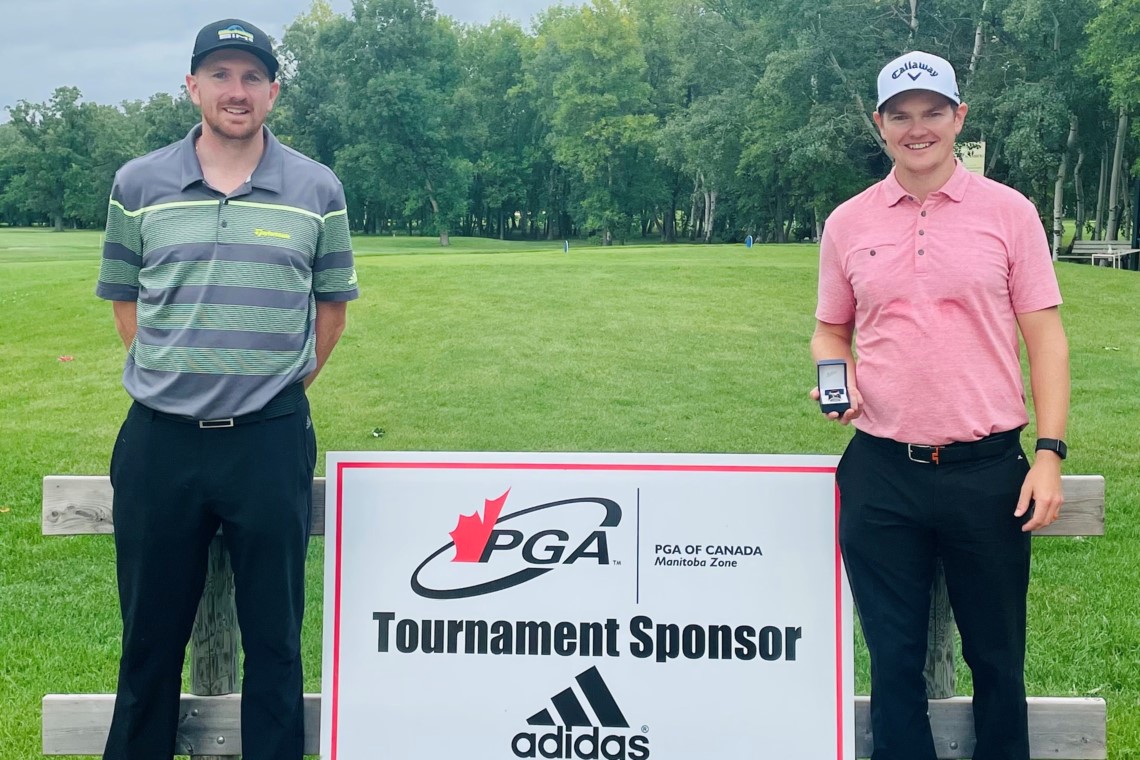 Congratulations also goes to Derrik Goodwin, winner of this year’s Assistants Championship (70/68 / 137), followed by Colwyn Abgrall (69/69 / 137).     Devon Shade of Elmhurst Golf & Country Club with a two-day score of 146 (74-72), followed in second place by Kevin Giesbrecht with a two-day score of 150.  Coming in third and fourth respectively was Patrick Perrin of Niakwa Country Club (151) and Bailey Funk of Steinbach Fly-In Golf Club.

Thank you to Larters at St. Andrews for hosting the event and much thanks and appreciation to TaylorMade adidas for their continued support of the PGA of Manitoba. 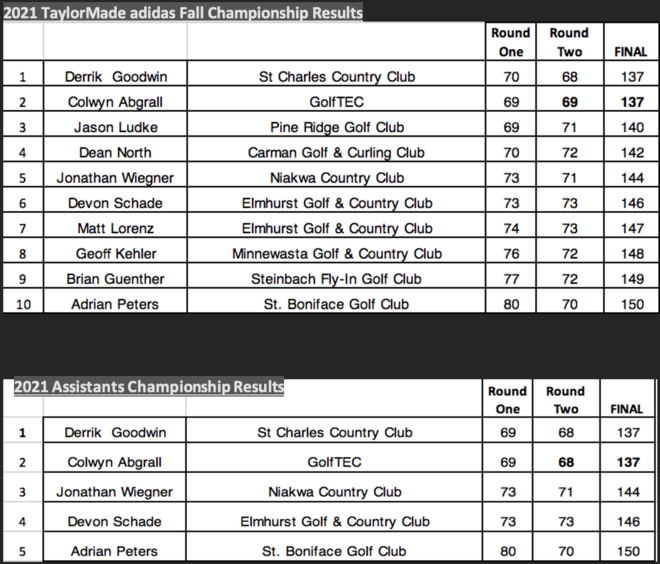